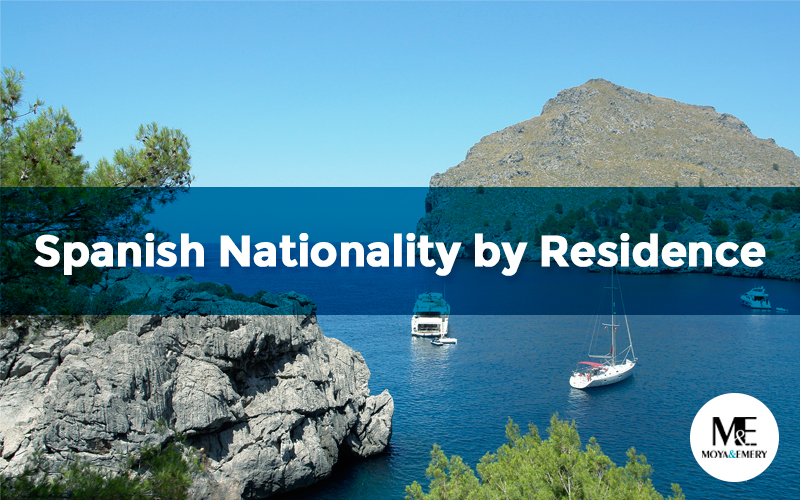 The Brexit is getting closer and closer after the letter from Theresa May to Donald Tusk announcing the imminent intentions of the United Kingdom to leave the European Union.

We still do not know the conditions to be reached between the United Kingdom and the European Union. We assume that the easiest for everyone will be to opt for the option of Switzerland and will be part of the European Free Trade Association.

Our main headquarters are in Palma de Mallorca, and among our clients are several residents who are worried about the uncertainty that Theresa May has thrown over them.

In today’s article we will try to offer «a parachute» for those who want to continue within the European Union and it is to obtain Spanish nationality by residence.

There are several ways of acquiring Spanish nationality but what matters to us today is the one found in the 22 article of the Spanish Civil Code, where we talk about the regulation of Spanish citizenship by residence to foreigners. This article presents a series of requirements:

1. Period of residence: In order to be able to acquire Spanish nationality by residence the first key requirement is to have resided in Spain. For how long? As a general rule, a period of 10 years is foreseen but there are cases in which the period is shorter. For example: 5 years for those who have refugee status; 2 years for a number of countries such as Latin America, Andorra, the Philippines, Equatorial Guinea or Portugal; 2 years in case of being «sefardí» (Jews who resided in Spain).

The most special case is the one year term, which may be requested in these cases:

In these cases where the nationality is granted by residence within a year, they are considered to be in a situation of greater integration.

2. Good civic conduct: This requirement is also found within the Spanish Civil Code and what is sought is that the person who wants to obtain Spanish nationality is still «good boy» during his residence. That is, he was a good citizen. To see if they have had a good conduct will consult the criminal records of the foreigner among other checks such as police records, criminal records in their country of origin, etc.

3. Sufficient integration in Spanish society: In this case it is sought that the person who wants to apply for Spanish citizenship by residence understands and shares the social and cultural values of our country, who knows the language (Spanish) and that ultimately forms part of society.

What happens when I get the grant of Nationality?

After the administrative file has been finalized and the Spanish nationality is granted, a period of 180 days is given for the interested part to carry out a series of procedures:

When all this has already been done, the Civil Registry grants the person who has requested the nationality a birth certificate and a nationality certificate, which are the ones that allow the issuance of the DNI and the Spanish passport to be completed, thus completing the procedure of application for Spanish nationality by residence.

At Moya & Emery we are experts in Foreign Law. If you are thinking about obtaining the Spanish Nationality do not hesitate to contact us and we will advise you taking into account your case and your circumstances. You can contact us on 971 13 23 59 or you can come and visit our offices in Mallorca.
Know all our services at www.moyaemery.com

1 thought on “Obtain the Spanish Nationality by Residence”